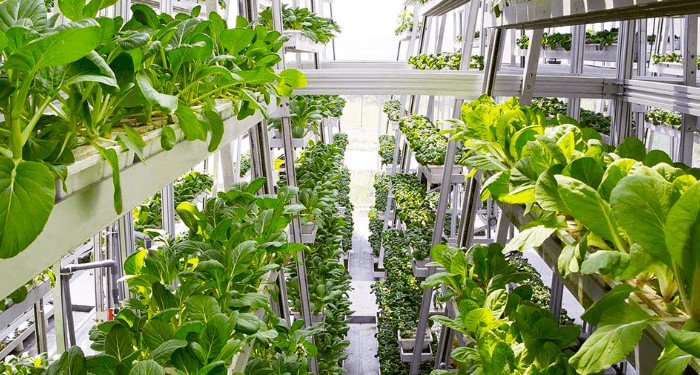 What does that mean? Well, for such a modern and innovative idea, Sky Greens actually uses good ol' fashioned rainwater and gravity. Using a water-pulley system, 38 growing troughs rotate around an A-shaped aluminum tower that's about 9 meters (about 30 feet) tall. The rotating troughs ensure even distribution of natural sunlight for each plant.

Not only that, the same water used to turn the troughs also nourishes the plants. According tothe company, "With the plants irrigated and fertilized using a flooding method, there is no need for a sprinkler system thereby eliminating electricity wastage, as well as water wastage due to run-offs."

"Only 0.5 liters of water is required to rotate the 1.7 ton vertical structure," the company boasts. "The water is contained in a enclosed underground reservoir system and is recycled and reused." Additionally, only 40W electricity, or the equivalent of one light bulb, is needed to power a single 9 meter tower.

The farm consists of 1,000 vertical towers and produces 800 kilograms of Chinese cabbage, spinach, kai lan and other greens everyday for the bustling Southeast Asian metropolis, according to The Straits Times. The farm has been producing vegetables commercially since 2012. 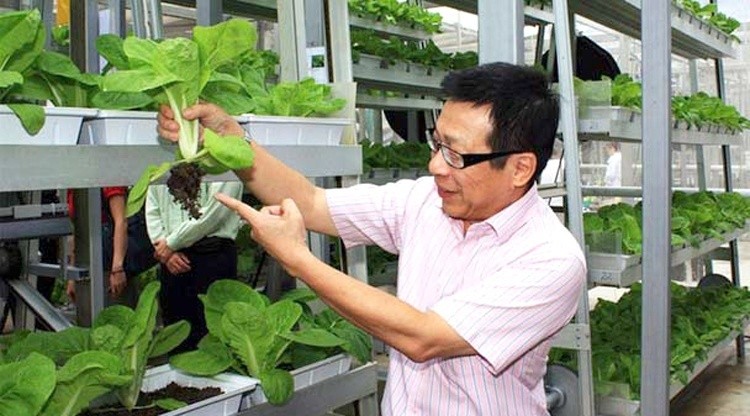 However, the publication also pointed out the freshness factor: it only takes four hours for Sky Greens' produce to hit the shelves versus the three days to three weeks that imported vegetables require.

Vertical farming is ideal for densely packed cities such as Singapore, which only produces about 7 percent of the vegetables it consumes. Its 5 million inhabitants occupy a total land area of only 275 square miles. (To compare, Los Angeles is twice the size of Singapore with a population of 3.8 million). With this lack of land, nearly 93 percent Singapore's "fresh" produce is imported. The Sky Greens solution not only cuts the distance that food has to travel to get to plates, it helps ensure Singapore's food security and helps the local economy. 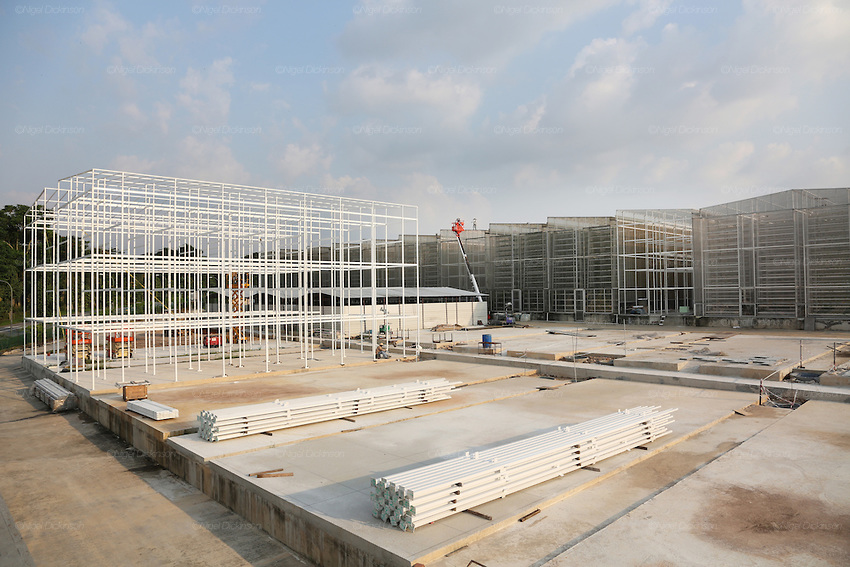